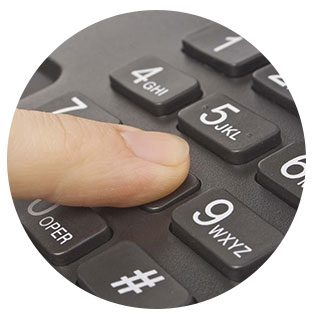 There has been a lot of discussion in the collections business about automated dialing equipment over the last few years as it relates to new industry regulation (the Telephone Consumer Protection Act, TCPA) and its application in practice. First, in a 2013 judgment of Nelson v. Santander, the plaintiff was awarded approximately $572,000 in damages relating to the use of automated calling equipment. More recently, the FCC reaffirmed the strict applicability of consumer protections relating to such equipment in a Declaratory Ruling and Order that was released on July 10, 2015. While these two events warrant further consideration, this discussion is focused on the technical specifics of automated dialing equipment.

Automated Telephone Dialing Systems (ATDS, “autodialers”) are a type of electronic equipment that are capable of automatically dialing telephone numbers (making a phone call without a human being physically typing in the number). Typically the equipment will either play a recorded message or will connect the call recipient to a live person. One feature not necessarily inherent to all autodialing equipment is the ability to distinguish between an answering machine voice and a human voice. Presumably, this technology is used to manage a phone call in different ways depending on the type of answer received (e.g. to connect a live person if there was a live pick-up or to play a pre-recorded voice or hang-up if there was a machine pick-up).

In the event that the automated equipment plays a pre-recorded message to the call recipient, the process is typically referred to as “robocalling,” or “voice broadcasting.” In the event that the ATDS connects the call recipient to a live person, the process is typically referred to as “predictive dialing” or “power calling” depending on the specific functionality of the equipment. “Power calling” simply dials a preset list of phone numbers. When a call is ended, the next one is automatically started, and a live person is there the entire time. Predictive dialing, by contrast, uses a computer algorithm to attempt to predict the most optimal time of day to make calls.

What are the Benefits and Downside of Automated Equipment?

Economically speaking, autodialers have the capacity to vastly increase dialing efficiency. The time it takes to manually dial in phone numbers is eliminated in the case of power dialing, predictive dialing, and robocalling alike. In the event that an automated message is being put forward (robocalling), an unlimited number of calls could be made with very little human effort (only the short amount of time that it takes to make a recording). This may be highly beneficial in the event that you are trying to populate survey data or to spread a warning about a weather phenomenon. For obvious reasons, this type of equipment also has the capacity to be abused. An irresponsible user could completely flood any particular number with unwanted and/or unsolicited advertisements (i.e. they could severely harass the owner of the phone number).

The utility of automated dialing equipment has a two-sided nature in the world of accounts receivable management (collections). On one hand, creditors have a right to receive payment for good and/or services provided to debtors. Calling to collect on those accounts past due is a reasonable step towards financial conflict resolution. On the other hand, debtors have a right not to be unreasonably harassed for several good reasons. First, the possibility that the debt is not owed (presumption of innocence). There is also the very real possibility that the telephone system as a whole could suffer from the ability to monopolize any given person’s phone line with algorithmic or excessive dialing.

What is Being Done to Legally Balance the Use of Such Equipment? 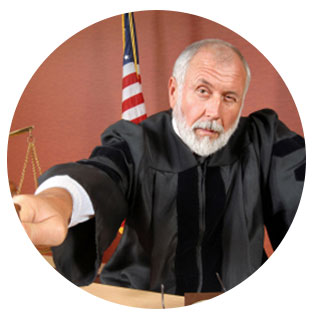 Although manual calls can be made and often are made on ATDS equipment, court rulings have made a legal distinction (see Nelson v. Santander) on the capability of the equipment in question rather than the particular facts of the actual call(s) in question. In other words, if you are making manual calls on ATDS equipment (i.e. you’re probably not abusing the ATDS technology to harass the consumer in a particular instance), you can still be held liable because the burden of proof in such cases rests on the collections agency and it is difficult to prove that you were using the automated equipment manually even if you were doing so. This forces collection companies who wish to avoid liability to forego the efficiencies of automated dialing technology (i.e. to play it safe by using manual dialing equipment) unless they are able to garner consent (something that is possible but may be unlikely to happen).

That said, there are strategies to take advantage of the economic efficiencies of automated dialing without the legal liability.

Note however, that courts have taken the conservative approach to cases under the TCPA thus far. The ruling in favor of Heather Nelson was made based on the capability of the equipment rather than how it was specifically used. In this vein, keep in mind that a smartphone may very well be capable of acting as an automated telephone dialing device. All it would take is to download an application with such an algorithm. Computers can be turned into auto-dialers simply through the addition of a telephony board or modem. Similarly, basic telephones can be adapted to this purpose using an internet and/or VoIP connection. With this in mind, it is increasingly important to be able to demonstrate the capability or incapability of your organization’s equipment.

When in doubt, it is the safest bet to use manual dialing equipment. Unfortunately, this causes some inefficiencies in collection efforts. It is still possible to utilize the capability of automated equipment but it is very important to have a well-oiled internal process that distinguishes between those clients who have consented to the use of autodialers and those who have not.