The Crawford Decision & Its Impact on the Debt Collection Industry 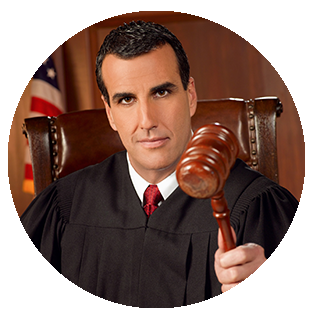 The Eleventh Circuit Court of Appeals held last year to broaden the scope of the ‘least sophisticated’ standard when considering FDCPA (Fair Debt Collection Practices Act) violations. This change can have far-ranging effects for debt buyers and debt collectors alike. Even though the 11th Circuit doesn’t necessarily have legislative authority for other jurisdictions, the Crawford v LVNV decision can be set an important precedent, and collection agencies need to know about it.

The basic facts of the case are that a debtor filed a Chapter 13 Bankruptcy, and as a part of this proceeding, LVNV Funding filed a proof of claim on a debt that was beyond the statute of limitations. The debtor then alleged that filing a proof of claim on a stale debt was in violation of the FDCPA. Ultimately, the Court of Appeals concurred with the debtor, arguing that the ‘least sophisticated’ consumer would not know that there are statutes of limitation on debt collection, and thus would be compelled to pay a stale debt.

What is the controversy?

The Crawford decision is somewhat controversial, especially as it relates to historical interpretations of the FDCPA and how it applies to debt collection. Here’s a quick summary of some of the disputes in the industry as a result of this ruling:

-The 11th Circuit’s decision was based in part upon the reasoning that the ‘least sophisticated’ standard ought to apply in the question of whether LVNV used "deceptive, misleading, unconscionable or unfair" practices in filing the proof of claim. An important caveat exists, though: a proof of claim is not presented directly to the debtor, so the court’s argument that the ‘least sophisticated’ consumer standard applies is not necessarily appropriate. Some would say that the ‘competent attorney’ standard should have applied, since a proof of claim is presented to a court or the debtor’s attorney.

-Does FDCPA apply to bankruptcy proceedings? The Crawford case represents an interesting intersection of interpreting bankruptcy law and the FDCPA together, which had previously not been the case.

What’s at stake for debt collectors and collection agencies?

The Crawford decision has the potential to impact communication with debtors across the industry. This will be especially apparent if the interpretation continues to gain traction with courts around the country. The implication is that debt collectors and debt buyers will need to treat all communication with debtors at the ‘least sophisticated’ standard, lest they be accused of an FDCPA violation. Only time will tell how wide this impact will be.

As always, regulatory compliance  is of the utmost importance for collection agencies, and their clients who wish to maintain great business relationships.