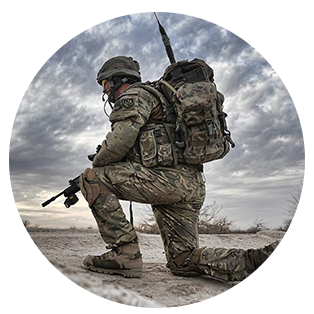 The Service Members Civil Relief Act (SCRA) is a piece of legislation that seeks to protect uniformed service members from certain financial obligations and practices. There was an established need for this sort of protection due to the unusual nature of military training; depending on where, when, and for how long a person might be deployed or otherwise unavailable, they may not have reliable access to phones, internet, or other ways of communicating with financial institutions and making sure their affairs are in order. More importantly, Congress decided that it was critical for military members to focus exclusively on their mission rather than dealing with potential financial distractions.

Let’s take a quick look at some of the protections afforded to uniformed service members as a result of this legislation. According to Military.com, members on active duty may be protected from the following obligations (among others):

The SCRA is binding upon debt collectors, just as it is upon financial institutions, landlords, and other entities that may have a contractual relationship with uniformed service members. In addition, debt collectors must comply with all the same regulations when dealing with service members as they would with any other debtor.

One of the unique aspects of military service is that a commander has more authority over the lives and careers of his or her troops than a civilian supervisor would. This presents an opportunity for unethical debt collectors to take advantage of: threatening to call a soldier’s commander regarding unpaid debts. This can be incredibly stressful and burdensome for a troop, especially while deployed. According to Holly Petraeus (assistant director of the Office of Service Members Affairs for the CFPB),

“Service members complain about telephone collections that are too frequent and that come at inconvenient times of the day. They also complain about debt collectors calling their place of employment or third parties. This is of particular interest to the CFPB since we have received reports that some debt collectors are threatening service members by claiming that they will report unpaid debts to their commanding officer, have the service member demoted in rank, or even have their security clearance revoked if they don’t pay up.”

To be clear, a debt collector does not have the ability to revoke a security clearance, or get someone demoted, but there can be adverse effects for military members if negative information is reported to credit reporting agencies.

What complaints about debt collection were made to the CFPB?

Of the 29,000+ complaints made by service members to the Consumer Financial Protection Bureau between July 2011 and December 2014, almost 40% were related to debt collection and collection agencies. Here is a snapshot to see what else made the cut...as you can see, debt collections account for the majority of cases the CFPB sees:

According to this report, 41% of those complaints pertained to attempts to collect a debt not owed, 19% regarded communication tactics, taking/threatening legal action and disclosures/verification of debt accounted for 12% each, and false statements or representation accounted for 10% of service member debt collection-related complaints.

The takeaways for those in the accounts receivable and debt collection industries is that the SCRA affords special protection to uniformed service members in the performance of their duties. In most cases, a military commitment simply means that collection action must be delayed for a certain amount of time; as with any other type of collection, compliance with lawful standards is a must!