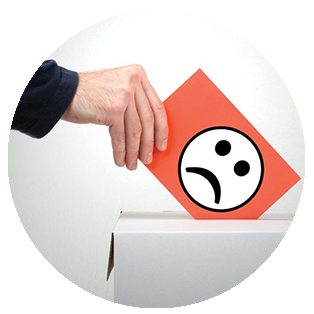 As it stands, the CFPB takes complaints from consumers about the behavior of particular debt collection companies. It then alerts the relevant debt collection agency who in turn answers or neglects to answer the complaint. The CFPB reports how many complaints were answered, however, there is little context surrounding the total complaint statistic. The vast majority of complaints are answered, meaning that the agency responded in some form or fashion to the complaint (not meaning that the issue was resolved and not indicating which party, the debtor or the agency, was ultimately correct). Here are a few possibilities:

The problem with the current CFPB statistics is that most reporters do not dig into the details. For example, of the 38,751 complaints filed in 2014, how many were legitimate grievances? How many were refuted by debt collector evidence and closed? What you find is that the gross number of complaints is a very poor indicator of bad behavior.

What you see when you dig into the statistics is that of the nearly 40,000 complaints filed in 2014, less than 1,000 justified a monetary payment in order to close. That is not to say that the CFPB is doing anything wrong or that debt collection companies do not overreach. It only means that useful data comes from digging into the numbers a little more and realizing that the gross number of complaints submitted is not an effective indicator of collection agency or debtor behavior.

So, how would you go about choosing a collection agency that is reputable and efficient?