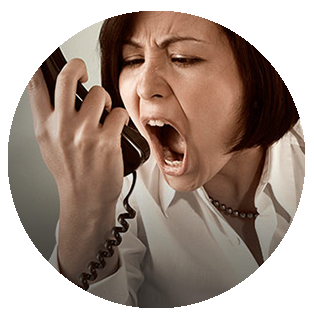 Last week we wrote about 2014 CFPB complaints against debt collection agencies. Numbers 4-6 are covered in more depth here, but for those interested in the statistics, here’s a quick review:

Now for the top three:

#3:  Disclosure verification of debt. There were 5,452 improper disclosures reported in 2014. Of these, 1,346 related to credit card collections and 1,057 had to do with healthcare collections.

Per Section 809 of the FDCPA, debt collectors are required to disclose certain information. Disclosures can be verbal on first contact with the debtor or via written notice submitted within five days of that first contact. Among the required disclosures are the present creditor’s name, the original creditor’s name upon request, the amount of debt, and a statement that the debt is assumed valid unless disputed within 30 days.

There are a number of rules governing the type of communication that is allowed, with whom it can be made, and the medium with which it can be made. Governing regulations are found in the Fair Debt Collection Practices Act and the Telephone Consumer Protection Act. The TCPA governs the use of automated dialing systems and a pre-recorded voice.

The number one debt collection complaint from 2014 was continued attempts to collect debt that was not owed. The Consumer Financial Protection Bureau reported a whopping 11,780 unique complaints regarding a debt collection agency attempting to collect an illegitimate debt.  There were more than twice as many complaints about persistent attempts to collect on a debt that was not owed as there were of the next highest category (communication tactics).

We hope you enjoyed this look at what the most common complaints of 2014 were. If you have questions about NSB and how we maintain compliance, please feel free to contact us personally, or learn more at the link below.