May is Older American Month. What Does This Mean for Debt Collection? 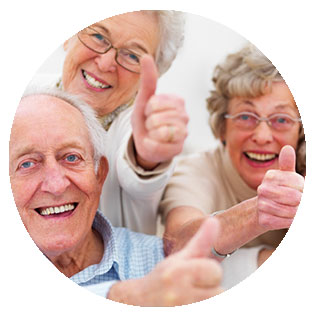 Did you know that the month of May was designated “Older Americans Month” in 1980 by former President Jimmy Carter? While this may not be the most popular “appreciation” month or get the most news, the tradition actually goes back further! According to Census.gov, President Kennedy instituted “Senior Citizen Month” in May 1963 after meeting with members of the National Council of Senior Citizens. Nowadays, it’s an opportunity to reflect on those Americans 65 and older. Did you know that 2033 is the year that Americans aged 65+ will outnumber those who are 18 and younger? But what does this actually mean for your business and debt collection? First, let’s take a look at some statistics from the U.S. Census Bureau to learn a little more about this changing demographic.

It’s clear from the numbers above that older Americans comprise an important part of the population, and an aging population will impact the economy in different ways. For instance, if you’re in the nursing home or assisted-living services , you’ll probably need to plan for expansion and greater capability. And more seniors are getting connected to the internet, so it is easier to stay in touch with your clientele (and follow up on delinquent payments). Any business that caters to senior citizens is in a good position, since people are generally living longer. The flip side of that coin, however, is that adjustments might need to be made in how your business handles accounts receivable management.

As shown above, it might be difficult for many older Americans to pay off delinquent accounts and debt, so it will become imperative to engage early and often. Partnering with a reputable collections agency when you’ve exhausted in-house options (or even before that point!) might be the move that keeps your business afloat. If you’re in an industry that caters specifically to older Americans or senior citizens, you may also want to consider an agency that has experience dealing with deceased account holders. This is a sad but necessary truth when working with an older demographic.

After taking a look at some information from the census, it’s easy to see that companies will need to prepare for an aging demographic, and what the implications are for aging accounts. The bottom line is to engage with your clientele before accounts become delinquent. Be sure to check back in July, when we will have a blog about how to handle deceased account holders. Or just subscribe to our blog and you’ll be notified when we publish new content!