What Should Debt Collection Success Rates Be for My Company? 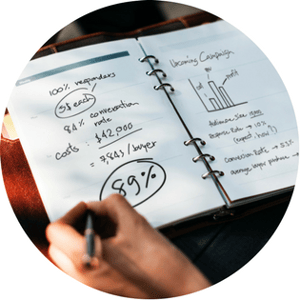 When evaluating and comparing debt collection agencies, two of the best metrics to consider are profit recovery rate and the overall success rate for settlement. As your likelihood for write-off increases drastically with each passing week after your debt holders go past due, it's critical to work with the collection agency that has the most thoroughly proven track record of success.

You must be inquisitive about your prospective agencies' work standards, internal KPIs, and reporting practices to find the best partner for your organization and your team.

Read on to learn about the KPIs that you should care the most about, how they're affected, and when you should be skeptical of a debt collection agency's reporting.

What Are Success & Profit Recovery Rates?

In the debt collection industry, profit recovery rates refer to an agency's ability to recover money owed by past-due debt holders. These figures are generally represented as a percentage of money recovered to the total past-due debt owed.

As "success" is usually achieved at settlement, the success rate is the percentage of accounts that are settled compared to the total number of viable past-due accounts. Unsuccessful accounts are write-offs. Considering these factors over time within specific industries and markets gives insight into proper expectations with future accounts.

There are many factors that can affect a collection agency's success rates, but perhaps the most notable is time. Across the industry, the likelihood of write-off increases by more than 1% with every passing week after the past-due date. After just seven months at past-due status, the average account will have a collectability rate of 50%.

Simply put, accounts that are past due for longer than 6 months are recoverable in half of total cases. That likelihood drops to only about 25% after 12 months. Clearly, speed is key to success in debt collections.

Other factors that can affect an agency's success rates are largely internal. Metrics you should establish include the number and experience of their collectors, as well as "work standard" items like the number of phone calls they place in a given period of time, settlement authority, and many others. Having very clear work standards scripted and executed every day will help maximize an agency's success. While it may sound complicated, these metrics should be easy for the collection agency to collect.

How Are Success Rates Determined?

Generally, debt-holding businesses that are closed, insolvent, judgment-proof, or holding valid allegations of fraud are considered "inviable" by the debt collection industry. This means they have a significantly lower (near-zero) rate of recovery. For this reason, inviable accounts are usually not included when an agency calculates their success rates for reporting to clients.

That means that most reported success rates are calculated by comparing an agency's history of settling past-due accounts against instances of write-off. In addition, figures showing the total percentage of all outstanding debt that an agency has actually recovered will be reported.

When to Be Skeptical of an Agency's Claims

Because success metrics are such important indicators of an agency's capabilities and the results they can be expected to deliver, under-performing agencies could be less forthright with their hard metrics. That means if you're evaluating an agency that guarantees to "out-collect" other agencies without sharing hard numbers, be wary. It's best to avoid agencies that prefer to speak in generalities rather than reporting their real figures for your consideration.

Success rates are not universal, even within specific industries. This means that existing reported success rates cannot be expected to transfer seamlessly to other markets for future accounts. The more detailed the data an agency provides, the clearer the picture you'll be able to get of realistic expectations for recoverability going forward. Don't settle! Taking a prospective agency's word for it is a recipe for unmet expectations.

At National Service Bureau (NSB), we encourage clients to be inquisitive and well-educated about our reporting. That means we are responsive and thorough in providing detailed metrics, and we back it up with expert consulting to ensure our expectations are as clear, understood, and accurate as possible.

For us, combining results plus superior service leads to success. With an unmatched client relationship a proven history of strong settlement and recovery rates, NSB distinguishes ourselves from the rest.